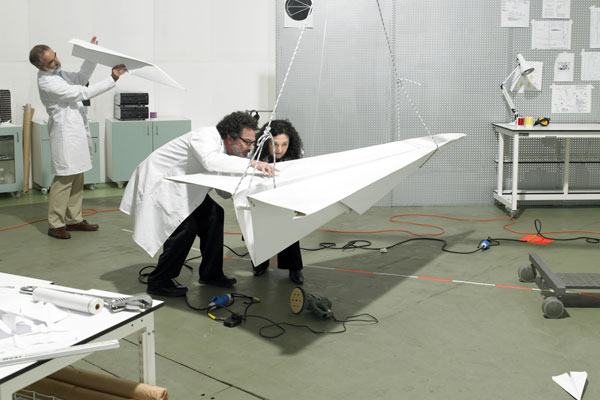 For more than a month now, I seem to keep running into the same story (and/or references to said story) on different news and information websites. On one hand, I should probably be happy that the continued appearance of this somewhat benign news item is an indication that nothing more catastrophic or remarkable has since taken place in the same milieu. On the other hand, it’s pretty much a press release driven, innocuous, filler-type article that a content-starved Internet could reasonably be expected to perpetuate well beyond its miniscule significance, even if trumped by a real news event… and that realization alone is kind of depressing.

By all accounts, the article shouldn’t have stuck with me or held my interest at all beyond my initial read. Not even a blip on the cranial radar. But it keeps catching my attention for no worthwhile reason, other than, I finally realized, it kind of pisses me off.

The article in question announces the findings of a recently completed study jointly undertaken by Princeton and Northwestern universities. As presented (for any who may not have already seen) in this Washington Times version, the “news” is basically that after careful and considered study, academics and their unpaid minions have determined that America is in fact an oligarchy, rather than a democracy.

The finding didn’t particularly rile me up, or even raise an eyebrow for that matter. My initial reaction was split between “This is news? Really?” and finding it quasi amusing that such learned minds would recklessly employ the label “democracy,” when (as most 5th grades could inform the scholars), our system of government employs a “representative democracy” (or an “indirect democracy” depending upon where and when you were schooled). I’m sure the contention is that they viewed “democracy” as an umbrella for its various forms, but to me it’s the difference between going someplace in your own car versus getting there via taxi… one mode tends to stink a whole lot more. So I imagined each university blaming the other for the rather careless error, which as it happens, is also something that has become “the American way.”

Seeing the story crop up again and again, however, my reaction rapidly shifted to: “Why do we continue to accept, promote, and fund inane academic research?”

Take an economic structure where the money resides with a select few, put it together with an electoral system where money is an essential ingredient to getting elected and re-elected, and how do you arrive at anything other than an oligarchy? The researchers didn’t have to dissect 1,800 pieces of enacted government policy—it’s a basic math equation. They could have reached the same inevitable conclusion with just a smidge of conversation and common sense while spending 20 minutes playing hacky-sack on the quad.

This is hardly the lone example of extensive and exhaustive academic research applied to a question for which the answer was already readily available to anyone employing simple logic and reason. It just happens to be the latest one that sent me over the edge.

Fortunately, “the edge” can at times be an inspiring place, as has me presently thinking that I’m just the man to lead a well-funded landmark study to answer the question: “Why do we continue to accept, promote, and fund inane academic research?” immediately followed by the groundbreaking, and obscenely expensive study: “How do we get rid of useless research efforts and pointless studies?”

Wonder if I can land a government grant? Guess I should ask the oligarchs.

One thought on “Studying Answers Nobody Needs”