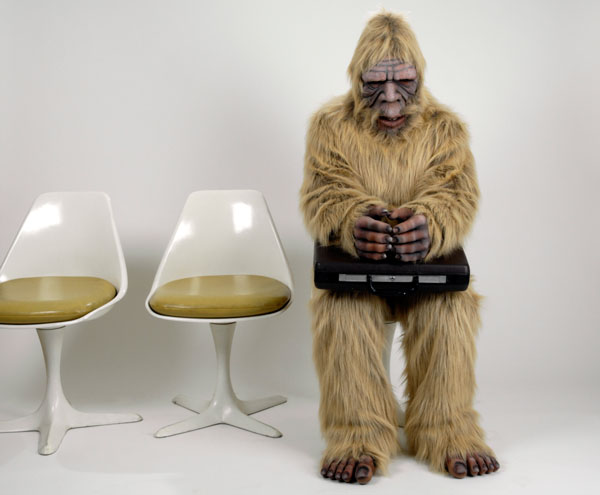 Go ahead and file it under “information that does not enrich your life in any way, shape, or form,” but I spent a chunk of my Sunday dealing with unwanted hair on my person. So as not to offend your delicate sensibilities (you really do think it all has to be about you, you narcissistic miscreant!), let’s just say I was attending to hair in numerous places, including but not limited to, that which can be found on my face and head.

It’s not as though the activity consumed my day, or even altered or impacted it all that much. But as I was gazing down on the vast array implements and potions that had been assembled for this bout of fur & bristle maintenance, I found myself asking “Why?”

Not “why,” as in “Why am I doing all this?” though that is certainly a valid question in its own right. The sheer volume and extent of primping and preening that is required just to avoid being labeled as one of the unkempt, great unwashed, hoborific, or worst of all, being issued mandatory Birkenstocks and patchouli, is staggering.

And not “why” as in “Why did I buy all this hair maintenance and removal related crap?” because delving into any question that begins with “Why did I buy…” invariably does not end well.

Instead, I wanted to know “Why do I have this hair?”

As much as I don’t want to lob it over the plate for the creationists and religious zealots, I have to call out science on this one, because… well… we were promised evolution… and evolution was supposed to get rid of stuff we don’t need. I don’t need all this hair, especially since these days it seems to thrive in the places were I don’t want it to.

Think about how many generations have passed since our prehistoric predecessors had to sprout their own wardrobes. (Am loving the “think about…” sentence construction because it kind of let’s me off the hook for looking it up or doing the math… but I digress.) Ever since Dave (the caveman… I just decided we should refer to all cavemen as Dave, which is a lot easier than remembering the Latin names typically applied to the different caveman types by people who aren’t likely to be reading this post anyway) first wrapped himself in a discarded scrap of wooly mammoth pelt after a great wooly mammoth feast, and another Dave standing nearby said “Dave, you look stunning. Absolutely fabulous!” the need for hair to protect us from the elements dissipated (and the need to turn heads, via a means other than putrid stench, was born… but I digress).

We’ve been here long enough to have lost (most of us anyway) the hunched-over, knuckle-dragging thing and the protruding forehead that gave Dave his Dave-ness, so don’t tell me we couldn’t also have ditched Dave’s full body coiffe, clogging the evolutionary drain pipe instead of the one in my bathroom.

“Sure Gus,” you’re thinking, “but have you taken into account natural selection?”

Nice try, but I’m not buying hair’s role in the attraction aesthetic as a means of propagating the species. I see all sorts of bald guys with wives and kids (hey, I’m just as surprised as you), and even know a few of them. Hair was clearly not a factor in the continuation of their lineage. In fact, you could make a pretty compelling case that it’s the guys who still bear a striking resemblance to Dave who are more endangered in the reproductive sense.

“That’s cute Gus,” you decide you’ve had enough of this nonsense, “but hair is really part of a process for exiting older cells and dead tissue from within the epidermis.”

Shut your dirty whore mouth! And even if that’s true, think about how in old movies and TV, the guys that come from the future or from advanced civilizations on other planets are almost always bald (and wearing silver lame jumpsuits… which means they’ve not only dispensed with hair, but with fashion as well.. but I digress).

As humans, we have a long arrogant history of trying to bend nature, and the natural order of things, to our will. So even if there is utility to all that hair that takes it off the evolution hit list, science still should have long ago found a way to circumvent it, and in turn, give me that little piece of my Sunday afternoons back.