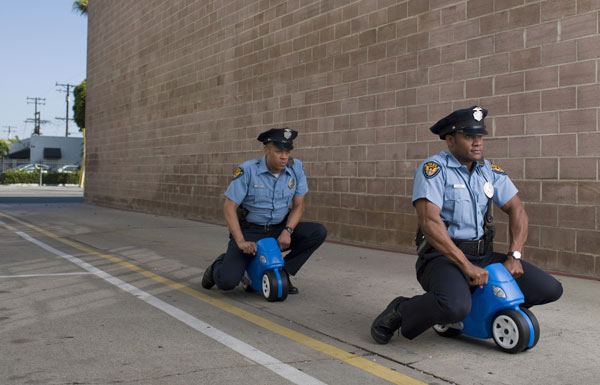 Before continuing, I should point out that I have tremendous respect for those in law enforcement. I just don’t happen to think that setting-up speed traps or otherwise meddling with ordinary drivers as a revenue generating activity is the best use of police resources. Let’s face it, you want police close by and at the ass-kicking ready when the real shit goes down, not parked behind a billboard on some innocuous stretch of highway with a radar gun (especially since all I’m going to do for you when criminal mayhem strikes is bogart the best hiding place).

Disclaimer now out of the way, I’ve been ticketed maybe 4 times in 3+ decades behind the wheel. The first few times I just paid the fine and then killed a day at traffic school to expunge the record, figuring that is what exceedingly ordinary and dull, law-abiding, societal conformist’s do. It wasn’t until I got nabbed for speeding on I-80 in Nebraska about 10 years ago that I first got the urge to fight back. I really wanted to take that one to court and enter the world’s first “sanity plea,” figuring no court could reasonably convict me for wanting to get through the monotony that is Nebraska as fast as humanly possible. Of course fighting that one would have also meant returning to Nebraska, so understandably, I just paid the fine there too.

Then, maybe a couple of years back, I got snared for speeding yet again, this time by a CHP motorcycle officer camped out of sight on an isolated stretch of one of my local city streets. (A female officer by the way, so apparently my attempt to emphasize my package… aka man cleavage… while reaching for my wallet and driver’s license failed to suitably impress.) The blatantly transparent scenario of a highway patrol officer spending her day hiding out on a city street (perhaps mixed with the disappointment of her not responding to my man cleavage) irked me to the point that I actually said “See you in court.” as she walked away, even though I had no idea how I would/could contest it.

I originally hoped I might be able to hang my hat on some jurisdictional hook, as if the CHP could only police on a literal highway, but such was not the case. Fortunately for me, however, the CHP served-up a veritable smorgasbord of gaffs, including (but not limited to) writing the incorrect speed limit on the ticket, having an officer who was not present (a no-no) attempt to modify/correct the ticket, and having that requested correction to the speed limit also be erroneous (proving that the CHP should really stick to highways regardless).

Having read that a “trial by written declaration” was the best bet (the consensus being that cops aren’t super motivated to write essays about the tickets they’ve issued), I assembled a brilliant treatise and scathing report on the grave injustice that had taken place that day (not only to me, but to America!). Sure enough, the judge (obviously dazzled by my legal genius) found in my favor and tossed out the ticket. (My only regret was not opting instead for the in-person trial, which would have added the smug satisfaction of being in same room when the verdict was issued, as well as perhaps giving my man cleavage one more shot at getting the job done).

So yeah… I’m a badass (in an exceedingly ordinary and dull, law-abiding, societal conformist kind of way). And like any good rebel, my foremost desire is to shock the system and fix what’s broken. That’s why I’m advocating a new, vastly superior system of traffic patrol and enforcement:

Simply put, when a driver hits 30 (obviously because teens and 20-somethings can’t be trusted) with no major driving offenses, they are issued one of those suction cup dart guns we played with as kids (back in the glorious days when kids toys could do actual bodily harm with only minor modification, but that’s another topic for another time, so let’s continue), though these suction cups would be treated with a crazy glue-like substance to seriously impede their removal. The idea being that when a member of “Traffic Team America” (and yes, there will be t-shirts and travel mugs available for purchase) witnesses a legal infraction or boneheaded driving maneuver, they would simply tag the offending vehicle with a dart.

Then, instead of having to constantly patrol and monitor, police could just pull over any vehicle covered with a predetermined number of darts (probably needs to be at least a dozen, which would allow for team members occasionally firing off a dart or two just to be obnoxious) and issue an indisputable citation. The cops and their revenue hungry overlords are happy, shooting darts out of your car at idiots makes you happy, and being able to instantly spot and avoid the really bad drivers makes everybody else on the road happy. It really is win-win-win.

Oh, and I almost forgot… when you turn 65 we collect your dart gun and any unused darts, because… well… you know… old people and driving.