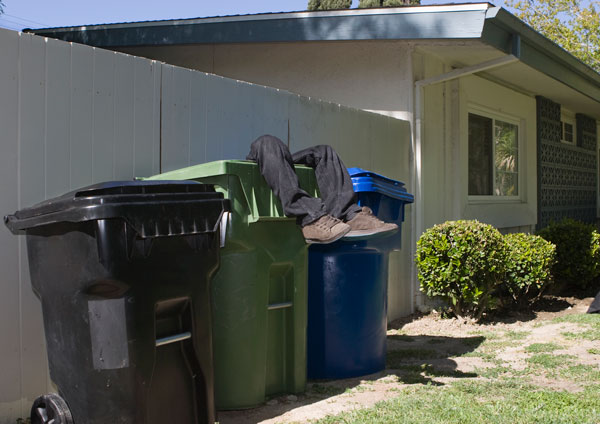 The most insightful and profound social observation of our time was not the result of some lauded or esteemed philosopher, philosophizing, or some other notable or supposed great mind, great-mindering. It wasn’t delivered at worldwide symposium, global broadcast event, or even shouted from a mountaintop. In short, nobody even bothered to interrupt your (figurative) regularly scheduled broadcast day.

Instead this epiphany was tucked away in a screenplay.

A science fiction comedy, no less.

It turns out the quintessential summary of mankind in the modern age was delivered by Tommy Lee Jones, from a park bench, in the 1997 summer blockbuster, Men in Black:

“A person is smart. People are dumb, panicky, dangerous animals and you know it.”

You want to laugh it off as just another clever movie catch phrase, but unless you’re the type of person who’s more interested in news of the next Disney-spawned child star’s coming-of-age meltdown, you know (even if you don’t want to admit it) that the statement is impeachable, and gets to the very core of the modern day human experience.

Oh sure, there’s also the pithy part of the movie dialog that comes right after that, about the rapid evolution and acceleration of knowledge, but I’m not here to play Neil deGrasse Tyson (or whomever is selected to host the next remake of Cosmos… whenever some network execs decide creationists need to be jabbed with a sharp stick yet again). Instead, I want you to focus on the genius of the social observation that was recorded:

“A person is smart. People are dumb, panicky, dangerous animals and you know it.”

It’s one of those concepts that you feel like you always knew deep down inside, but it languished there, hidden, dormant, suppressed… until it was suddenly unleashed in a most unexpected setting. But once it’s out there, the world around us makes complete and utter sense. The fundamental problem we have… each and every one of us… is people!

Annoyed by traffic on your way to work? It’s people.

Long lines at the bank or the store? People.

Solicitors at the door, and telemarketers on the phone? Intrusive people.

The stuff you want is way too expensive? People with more dollars than sense are driving up the prices.

Can’t find anything good to watch on TV? It’s because people have no taste. Plus, the people who work in programming are idiots.

I can go on and on, but ultimately if it’s annoying, aggravating, exasperating, irritating, or infuriating, you can pretty much guarantee the root cause is people. And to make matters worse, they’re everywhere!

All of which is a very long way of saying that as long as there are people, I’ll have no shortage of blog fodder. (What, you were expecting some scintillating pearl of wisdom to sum things up? I’m really just here for the complaining, but since you asked, and seem like good people, how about: “It’s generally better to be known as an interesting person than “a person of interest.” Happy now?)

2 thoughts on “People, They’re the Worst!”