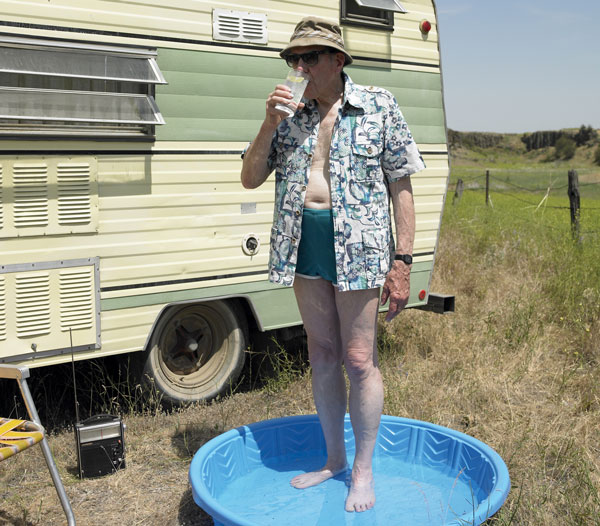 Not that you particularly wanted or needed to know, but when I’m not generating Gusertations (such as this one) for shits and giggles (somebody really needs to explain that expression, because for me at least, shits and giggles are typically neither commingled reactions, nor desired compensation… but I digress), I’m self-employed (essentially the modern day equivalent of indentured servitude, sans benefits), un-spouseled (Gus-speak for being maritally unencumbered, or single, depending upon your point of view), am not independently wealthy (really didn’t need a parenthetical statement here, but why buck a trend?), and don’t seem to have any merry rich widows wanting to grab some Gusto… aka craving my man bits (got no gigo in my gigolo).

The preceding paragraph not only represents the grist of potentially one of the world’s worst personals ads, but points to the fact that when I think of taking a vacation, I have to consider not only the cost of said excursion, but the income that is not being generated on any day that I’m not working (because of course, there is no such thing in the self-employed world as paid vacation days, or paid holidays for that matter). It’s the cheapskate’s double whammy!

Thankfully (sarcasm, ladies and gentlemen), the age of social media means that I’m subjected to vicariously sharing each and every moment, of each and every vacation, each and every one of you bastardos take. I didn’t see the part in the Facebook user agreement where I explicitly agreed to have to endure the mind-numbing and soul-crushing minutia of all of your day-to-day lives, but I guess that’s on me for not having an attorney present. Still, it seemed reasonable to at least expect that your fabtabulous vacation getaway would serve as a break of sorts for the rest of us too, but no such luck there either. Clearly, it’s the “don’t you wish you were me?” opportunity you just can’t… or won’t… pass up (perhaps you’ve been tipped off that for the remaining 50 weeks of the year, our collective answer would be an emphatic “no”).

The thing is, when you’re on vacation I really don’t want to hear about how you finally achieved a state of uber relaxation, your unbridled happiness and newfound zest for life, and/or the carefree adventures of your demon offspring. And enough already with the photos of the same landmarks that have been photographed billions of times before by far more talented photographers than you. I’m already hating that you’re on vacation. Force feeding me the facade of unending awe and adventure in post after post is only going to serve to make me hate your vacation as well. Instead, why not be a true travel trailblazer (and throw old Gus a bone) by also including an occasional snippet of the seamy underbelly of your trip?

Go ahead, chronicle the boundless fun an frivolity of the inevitable flight delay, or snap a selfie with the rather portly gentleman coughing incessantly and sweating profusely in the middle seat. How about a quick video of that futile search for the source of the unidentified noxious odor that permeates the car in day 3? Why settle for just another scenic pic, when trying to count the stains on your hotel bedspread is interactive fun for all your Facebook friends? And it’s a vacation, so we all know that sooner or later, whether manufactured or merely discovered, there will be vomit… which is a perfect time to tag your location. I could go on and on, but you get the point (and really, where does one go citing vacation post ideas after the vomit check-in?).

So as you head out this summer for vacation destinations near and far, remember that sharing is caring, and it’s your vacation misery that really brings joy to those left to do the work while you’re off gallivanting. In effect, your shits are our giggles! (And suddenly it all makes sense!)