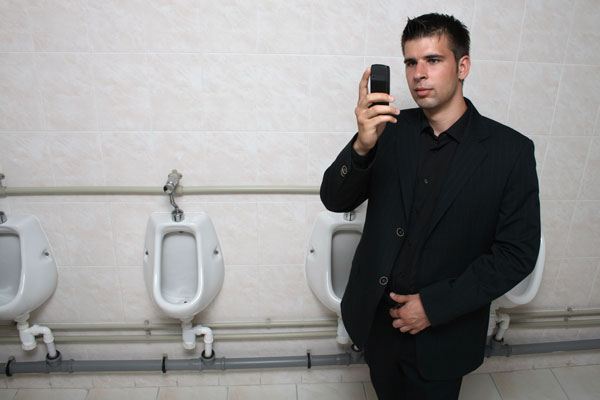 I need a new phone.

My current phone actually works just fine, or good enough, if you want to pick nits (and since the origin of nitpick has to do with the manual removal of head lice, why in the world is that something you would want to do?… but you’ve always been kind of strange that way… the proof is all over social media… but I digress), for my infrequent talking, texting, and taking dark and unfocused pictures of things nobody else will ever really care about anyway. But “society” says my current phone, once among the best and brightest, is now riding the cellphone short bus, and society is a much more difficult parasite to remove, so it is just easier to cave and tell myself that I need a new phone. Plus I’m already too heavily invested in the Apple ecosystem (I just preferred their vastly superior computer operating system once upon a time, and without knowing it, have apparently since become part of some mutant viral organism), and thus can’t risk being shunned (i-shunned?) for not drinking the latest and greatest Cupertino Kool-Aid.

Problem is I’m not all that enamored with the phone I have, or smartphones in general for that matter. More and more I find that I miss the Motorola Razor I had back in the day. It wasn’t trying to be more than it was—happy to be just a phone being a phone. Sleek, stylish, and even quasi-futuristic in a “Beam me up Scotty” kind of way. And considerate enough to fold up and easily drop out of sight/out of mind when you were… you know… out experiencing real life (I just realized that my Razor definition bears a striking resemblance to that of the perfect girlfriend/boyfriend… but I digress). Of course what I miss even more are the days before cellphones altogether, where I got to decide where and when I was reachable and inclined toward conversation, and wasn’t instead presumed to be at everyone’s beck and call whenever, wherever, and for fricken’ whatever. “Society” doesn’t have the guts to admit it, but that doesn’t keep me from putting it out there that “I was much happier when I wasn’t hearing from you all the live-long day!”

You, of course, love your cellphone, can’t imagine life without it, and think I’m being ridiculous. But that just goes to show how far gone you are. Let’s look at the facts (and no, there’s not an app for that!):

Smartphones enable the social media check-in… and given that the rest of us weren’t invited, how self-absorbed and oblivious do you have to be to think we’re dying to know about the fabulous time you’re having with people who aren’t us? Hope you end up with the runs from your “yummy” new lunchtime hot spot!

Speaking of toilets, public men’s rooms used to be a sanctuary… quieter than a Trappist monastery—a place where you entered and exited expeditiously, with little to no acknowledgement of yours or any other presence, and no communication whatsoever. These days the urinals runneth over with jackasses yelling into Bluetooth earpieces and even bigger idiots actually extending their stay in order to text or tweet, presumably on the rewards of a high fiber diet.

Furthermore, I’ll never understand why people compulsively and excessively take pictures or video to record moments that they missed actually experiencing with their own eyes and mind… because, of course, they were too busy taking pictures or video. If that isn’t the very definition of stupid, I don’t know what is!

And don’t even get me started on the how cellphones and smartphones would have rendered about 87.2% of Seinfeld episode plots completely implausible!

Sure, there’s the apps, and I’ve admittedly been a complete sucker for the 99-cent promise of utility and functional bliss as much as anybody. But once you look past the sizzle, they’re basically delivering actions, activities, and information that wasn’t all that difficult to manage pre-smartphone or even pre-cellphone (no, I wasn’t a caveman, you obnoxious miscreant). And let’s face it, ultimately if you can’t manage to remember where you parked your car a couple of hours earlier, you really shouldn’t be operating a motor vehicle… or out in public… or allowed to walk around unsupervised for that matter!

And yet there is no example I can cite that comes anywhere close to sealing the deal and cementing my point as much as reminding you that smartphones brought us the “selfie,” which I’m dead certain will one day be credited with the downfall of civilization.

That said, I know full well I’m going to buckle, and make the upgrade to yet another overpriced phone and 2-year plan. (And yes haters, it will be an iPhone, because about the only thing more annoying that Apple’s vice grip on my technological testicles is the anti-Apple crowd, who are actually more cultish than they claim Apple patrons to be, and in their blind rage at once again not being able to sit at the big kids table, fail to recognize the simple fact that their innocuous and interchangeable phones keep trying to take shots at Apple instead of competing with each other in their advertisements because deep down they’re still Apple wannabe’s… but I digress.) About the only victory I’ll be able to muster is an abject refusal to get the stupidest of all smartphones… the super-sized phoblet, tablephone, or whatever the hell they’re called. Even in matters of stupidity run amok, lines need to be drawn somewhere, and a phone, smart or otherwise, simply and absolutely needs to fit in a breast pocket… because the alternative is somewhere no man should go: