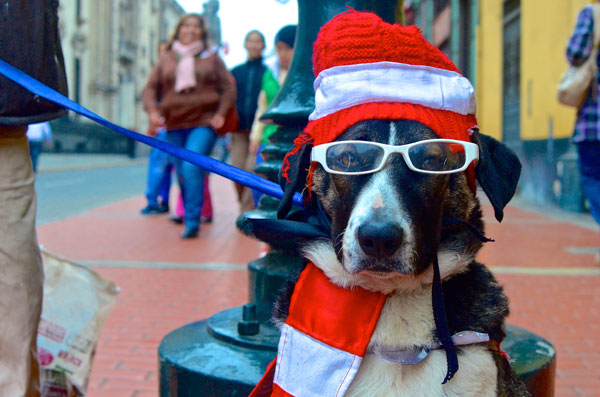 I live in an area with a seemingly inordinate number of dogs… which doesn’t bother me at all because I generally like most dogs… but annoys my dog to no end because he generally doesn’t. More and more, I see my dog becoming a canine curmudgeon of sorts, getting a bit crotchety and cantankerous at times, but for the most part just being a harmless and mostly humorous grump (for the several hours of the day when he is not a motionless and mostly slumbering lump).

As such, people who know me take great pleasure in frequently pointing to his disposition as definitive proof that dogs reflect and take on the primary personality trait of their human. I, of course, am then compelled to point out that as is the very nature of cause and effect—if you contend that my dog is only a grouch because of me, you must subsequently accept that I am only a grouch because of you. Who, in turn, is responsible for you having turned out the way you did confounds many of us, though that sad tale should really just kind of stay between you and your therapist… but I digress.

There are of course, no shortage of ways in which knucklehead dog owners can display their knuckleheadedness… some(one) might even say there is a seemingly inordinate number (you HAD to see that one coming!). As such, I’m not going to contend that the three offenses I’m about to detail are the most egregious by any stretch, they just happen to occur… you guessed it… to a seemingly inordinate degree in my neighborhood:

Yes, by now you are (all too) well aware that I live in an area with a seemingly inordinate number of dogs, but dog poop displays really shouldn’t be a matter of cause and effect… because in civilized society we’ve kind of come to a consensus that you’re not doing anyone (or the planet) a favor by leaving your dog’s poop wherever it plops for the rest of us to admire in the days and weeks to come. Yet much to my daily astonishment and dismay, walks (aka walkies, because for some reason we are compelled to talk to our dogs like they are toddlers) continue to be a gauntlet of fecal statuary (aka piles of shit). There’s really no more to say on this other than to point out the obvious… which is that if you don’t or won’t tote away the turd, you are a turd.

I know in your mind we’re all supposed to be impressed with how well mannered and well trained your unleashed dog is as you stroll the neighborhood, but all you’re really pointing out to the world is that your dog may actually be the smarter of you two. And it doesn’t matter how certain you think you are, you simply cannot predict or control you dog’s every response and reaction when you’re out on the streets. To think otherwise is delusional, and dangerous. If you’re not attached to your dog in that setting, then you’re clearly not attached to your dog, and we don’t have to smell yours in order to know you’re a dumbass.

Many of us go overboard in humanizing our dog. In many ways mine is like my surrogate offspring, and certainly gets treated, and spoiled, as such. I purposely avoid doing the math, because I suspect I might actually spend more annually on his health, wellness, and grooming than I spend on my own. I get it. What I don’t get is embarrassing your dog, and embarrassing yourself, with the addition of costumes, outfits, and other typically human adornments. I don’t care that as a child you were denied myriad must-have Barbie fashion accessories, or what a Giants mega-fan you are, or how many hours at work you covertly spend on I Can Has Cheezburger wishing you had actual clever or interesting moments in your life. Just… no. Don’t. And if you absolutely must, then it’s exactly like I say all the time to parents of real, non-surrogate, miniature-human-type offspring, “Keep it in the domicile… we don’t need you bringing that out here!”