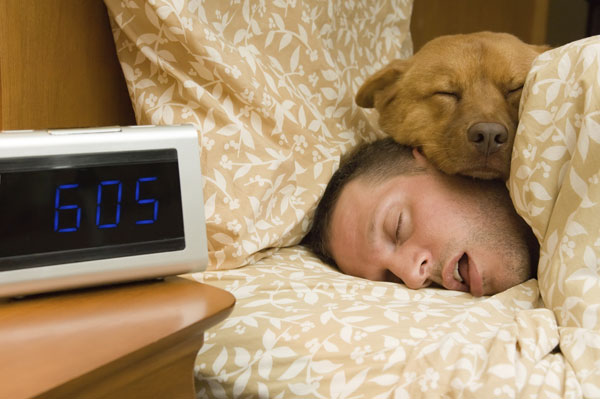 Is it really unreasonable to expect that after decades and decades of practice, I’d have achieved some level of mastery in realm of sleep? I mean, clearly I’ve attained a measure of basic proficiency, because I am able to consistently fall asleep, stay asleep, and manage to subsequently (and somewhat important to the “being” aspect of “human being”) wake up. So technically I’ve nailed it. But even after all these years of dedicated practice, I feel like I’d get crushed by the judges when it comes to the scores for artistry/artistic merit.

It’s not like there hasn’t been improvement through the years. I used to regularly toss and turn for a long time before I could even think of falling asleep, but then the good Swedish folks at Tempur-Pedic emptied my wallet and now I’m zonked out in short order after my head hits the “Ja, I think we’ve met before” foam pillow. But of course that’s really a facilities improvement, rather than a true improvement in my sleep prowess. Plus there’s the nagging question of whether I’d be sleeping just as soundly if I’d instead emptied the wallet wining and dining a bevy of Swedish models… but I digress.

What’s worse, a case could be made that my sleeping skills have actually diminished over the years. “Sleeping in” for example, is no longer a viable option, even if I have the time and inclination. I don’t know when exactly I lost that ability, how or why either… but it’s gone. (I’ll blame the Swedes, not because the disappearance correlates in any way… instead because blaming somebody else is the new American way!) Even so, I still maintain confidence in my technical sleep abilities. On the other hand:

I’ve been told by… let’s say “more than a few,” that I snore. They are, of course, all blatant liars and cheats who are clearly full of crap and should not be trusted or believed. And not only because we’re not seeing each other anymore, but also because in decades upon decades of sleep experience, I’ve yet to hear myself snore! How can you take their word for it in the face of voluminous evidence like that?  (I hate that I can’t deploy a terrific would like “voluminous” without also immediately thinking “mascara” because I watch way too much TV… which is already on the list of upcoming posts… but I digress.)

Of course I’ve also noticed that the dog, a sleep aficionado who begins bedtime underneath my bed, is found most mornings on the living room couch. And since I consider him mostly upstanding and credible, I have to wonder what the hell I am doing in there that makes one of the most docile and tolerant species on the planet say, “Screw this, I’m outta here!”

As much as I’d like to think it’s the primary reason I spend most nights sleeping alone, we know definitively from my extensive self-study and analysis, it can’t be snoring. So it’s a real puzzler. My best all-scientifical-like guess is that perhaps I bark in my sleep and in doing so inadvertently say things that my dog finds highly offensive. It’s the only reasonable explanation.

I’m pretty sure nobody takes actual credit for inventing the snooze button, because if we knew who the bastard was, we would have brought public flogging back to the town square, and would be taking our turns doling out the punishment at 9 minute intervals. I hate the snooze button… but I’m also the snooze button’s bitch.

The snooze alarm is the devil’s toaster, letting you just start to recapture that warm, cozy feeling of blissful slumber before jolting and jarring you back to the horrid reality of morning. I feel worse, not better, after a snooze segment than if I had just dragged my sorry butt out of the bed when I first woke up. I know that full well. It never fails. Yet with the faith, determination, dependency, and sound judgement of a crackhead, I’m still smacking that snooze button every damn morning… hoping that maybe this time I can recapture a tiny slice of the glorious bout of sleep I had just let behind. It’s a sickness really… and as a sickness, it’s not enough to just blame the Swedes. Everybody knows when it gets to this level, the true American way is to ask, “Who can I sue?”

But I’m not here to spark an international incident, or even to shop for a tort lawyer. I just can’t figure why my sleeping abilities and artistry aren’t a heck of a lot better with all the time I’ve invested. It’s a disconcerting realization. I even considered starting a support group… but I’d need a bigger bed. So maybe I’ll just take a nap instead. No snooze bar needed with a nap. Plus, when it comes to naps, I’m world class!

One thought on “Remedial Resting”