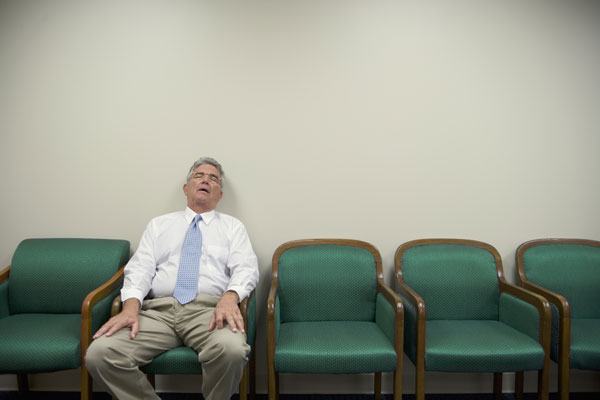 In the sense that generally my intent is to publish on Mondays and Thursdays, this post can be considered a day late. As such, throngs of people (“throngs of” sounds much better than “both,” even if the latter is far more accurate) conceivably could have spent some minuscule amount of their Thursday waiting and wondering what happened, and why the next Gusertation (aka a dissertation authored by Gus… aka a Trouble With Everything blog post… aka one of these thingies) was nowhere to be found. Just for kicks, let’s pretend you were one of those who noticed there was no Thursday post, and actually gave a rat’s ass about it.

Well now you know how I feel.

You’d be hard-pressed to find anyone who knows me at all, who wouldn’t tell you that I lean heavily toward the compulsive side of many things, and that includes being a stickler for punctuality. I’m almost always on-time (threw in “almost” at the last second because I’ve got all kinds of troubles with absolutes, but that is another topic for another time), and am easily and frequently annoyed in a world where being on time seems mostly irrelevant, and being made to wait has become the accepted norm. That puts me squarely in the third camp of (my not-so scientific) timeliness types:

I maintain that being on time is about basic respect and simple responsibility, so I admittedly have a really hard time trying to grasp the possible rationalizations employed by those who are consistently late… to just about anything… and seemingly everything. They’re out there… in droves (a real throng as opposed to my imagined throng of readers)… though obviously somewhat difficult to spot when it is time for them to be someplace as promised. And as if that alone wasn’t enough of a kick to my compulsive groin, there is seldom, if ever any repercussions when they do finally appear. In most settings, apologies are feigned, adjustments are made, “others” are inconvenienced (and really, who cares about “others” when you get down to it?), anarchy chalks up another tiny victory, and life otherwise goes on as usual. Given that, why would they correct the behavior? Their selfishness is essentially rewarded by making the act of being late a means of establishing a measure of control in every situation. In that sense, I suppose it’s one way in which people mark territory in modern society, which would certainly explain why, as one of the ones being made to wait, it leaves me feeling pissed.

As much as it pains me to say, these are the “cool kids” of my timeliness types, who neither abuse other people (at least not in this particular regard) and expect the world to bow to their personal timetable, nor obsess and subsequently fume about minutes lost, wasted, or stolen by others. Sometimes they’re on time, sometimes they’re not… it’s just how it goes… the credo of the apathetic. I suppose I could launch into a whole “if you’re not part of the solution, you’re part of the problem” diatribe, but let’s face it, I’m basically just envious… though I do often wonder if they’d maintain the same casual attitude towards time, should the grim reaper show up and say, “You really weren’t supposed to go for another few years, but I was in the neighborhood, and it seems close enough.”

Let’s face it, in this particular three ring circus we’re the ones carrying the elephant shovel. We’re the ones doing the waiting, AND the ones doing the whining… and that is never a good combination! Being on time in this day and age has little or no benefit beyond a momentary sense of smug satisfaction and superiority (that usually dissipates rapidly as you’re subsequently made to wait). So why do we do it? Because… well… to quote Bill Murray in Stripes,  “There is something seriously wrong with us!” Thankfully, they say that knowing your problem is the first step to recovery, and those of us in this group are thus comforted by the knowledge that our problem is the people in groups 1 and 2.

(OK, there is probably a fourth group of “Eternally Early’s,” but let’s face it, those people are freaks.)

It sure seems that after such a thoughtful deconstruction and examination of human punctuality, I should really close with some equally insightful summary… to which I can only say, “Hang on, I’ll be right back.”

One thought on “The Waiting is the Heartless Part”