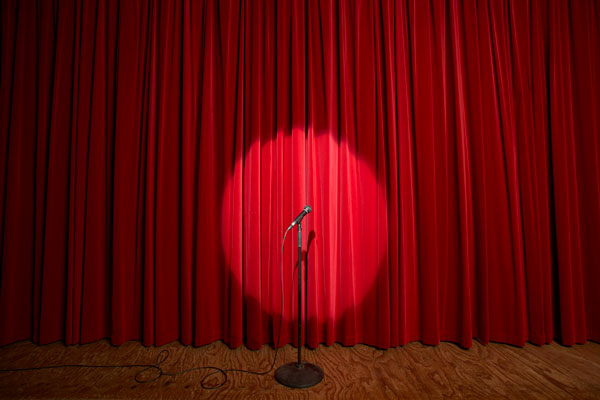 I have a friend (hard to believe, I know, but some people are near impossible to drive off). Let’s call him “Rufus” (pausing to ponder whether I’ve ever actually met a Mexican named Rufus… but I digress). Since I knew him at the point he first decided to follow his dream of fame, fortune, and being able to sleep-in, I assigned him the label of “aspiring comedian,” and thereby would identify him to new acquaintances as “My friend Rufus, the aspiring comedian.”

Then, at some point, I upgraded him to “comedian,” likely the result of his finally landing a paying gig and/or appearing at a legitimate comedy club (an oxymoron, I know)… but who the hell can remember exactly when and why I approved the upgrade? Not like his dream was my dream (though if he made it big, I was hoping to be one of those shameless hangers-on you always see lurking in the back of the posse, there just to mooch the free food, booze, and if really lucky, a groupie or two who didn’t make the cut). Maybe I just figured it reflected better on me (which is the only valid explanation I can assign to why we feel compelled to add labels to our friends when discussing them with other people). Regardless, I’ve since discovered that I can no longer afford to describe him to potential new friends as “my friend Rufus, the comedian.”

The problem is that if I identify Rufus as a comedian, the new acquaintance almost always checks him out online and comes back to me with something like, “I thought comedians were supposed to be funny.” (Another interesting human trait is the one that compels us to immediately anoint ourselves a qualified critic when it comes to the talents of people we don’t actually know, though that said, Rufus’ material is also not everyone’s cup of tea.)

The new friend’s challenge is usually followed by my attempting to side-step the unsolicited critique by instead airing a larger gripe,  “I think being funny is the ‘ideal’ for those in the comedy field, though not a strictly enforced requirement.”

Somewhat expectedly, the newbster counters with something like, “Are you sure? Seems like actually being humorous should be an essential skill for that line of work.”

A sucker for menial debate, as well as poking the concept of celebrity with virtual sticks, I’ll respond, “If being funny was mandatory, then how in the hell would you explain the comedy careers of Carlos Mencia and Dane Cook?”

That’s where things usually go south (I always wondered what people who live in the South think about that phrase, because it kind of suggests they’re already in a bad situation to begin with… but I digress). Because if the new friend responds anything close to, “Oh, I really like Carlos Mencia (and/or Dane Cook),” I have no choice but to immediately terminate the budding friendship.

Turns out that knowing a comedian wreaks havoc on making new friends. Who knew?

Makes me wonder if I should restore “aspiring” to Rufus’ label, which seemed to temper the critiques. I mean, it’s not like he stopped his pursuit, even if he does spend the majority of his time these days playing video games, surfing the fringes of the Internet, and making inflammatory Facebook posts. One might argue that is exactly what comedians do! On the other hand, to my knowledge there has been no posse formation of any kind, so perhaps I awarded the label upgrade prematurely (or I was excluded from a super-secret posse, in which case his label would immediately change to “my friend Rufus, the rat bastard”).

All I know for sure is that as someone in a quest for notoriety, Rufus would have certainly preferred that I used his real name in this post, as yet one more plug attempting to pierce to the public consciousness. Unfortunately for him, purposely concealing the identity of someone who desires notoriety and celebrity is exactly the kind of stuff I find funny!