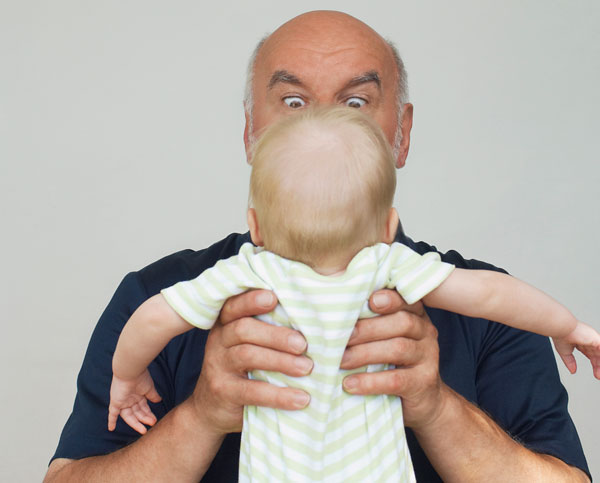 At the point any of my friends would announce they’re having children, I’d almost involuntarily begin an enthusiastic and extended campaign offering unsolicited, and admittedly ridiculous, baby name suggestions. Why? Because it amuses me (the parents to be… generally not so much amused). But in my book it really is a spectacular opportunity for word play of the highest order… kind of the steel cage death match version of language barbs, because you’re simultaneously abusing the proud parents (who, let’s face it, will cease to have anything remotely interesting to say that isn’t child-related for the next several years… so preemptive tit for tat), and hypothetically messing with the emotional development of another being, who hasn’t actually begun “being” yet (so the law can’t touch you… score!).

Of course many of my friends would tend to just humor me and/or politely chuckle (before sharing that couples eye roll that they think is their special, secret, soul mate ESP, but is really just your run-of-the-mill eye roll, visible and easily understood by all in attendance). The really good friends might even join in the hypothetical comedic moniker exploration for a bit, or use a given suggestion to segue to a different topic entirely if they’re clever-enabled (and obviously wait until everyone has left to have the “why do we invite him into our home?” discussion). The more distant or disconnected friends just ignore me outright, or in extreme cases, remove me and my unsolicited name-calling from the friendship paradigm altogether:

And while I’ve put forth some prospective baby names that were real doozies (ooh, “Doozy.” That could be a great name under the right circumstances—need to remember that in case anyone I know get’s knocked-up via a one-nighter… but I digress.) in my time, I don’t actually expect them to be taken seriously or take hold. We’re not talking George Costanza’s “Seven” here, as these are not names I’d really wish for my own, or my friends’ progeny. Instead it’s a fundamentally pointless exercise intended to amuse and annoy (which, of course, all the best pointless exercises strive to do), because when you get down to it, I don’t really have any friends THAT gullible, insecure, attention-whorish, and… well… in a word… stupid.

Which I’ve come to discover is apparently the same as saying “I don’t really have any friends who are celebrities.” Now, I’ve never really been a people who read People, had and enquiring mind, or could give a flying Wallenda what happens in the Thirty Mile Zone, but even in my blissful state of relative celebrity aversion and ignorance, I can’t seem to escape occasionally running smack into celebrity offspring names. You can likely rattle off many more of them than I can, but a few of the ones that hurt my brain are:

Moxie Crimefighter (I suppose in his defense, I should point out that Penn Jillette is practically a non-celebrity)

Kyd (I just keep hearing the “David Duchovny, why won’t you love me?” song lyric in my head, as will Kyd)

What bothers me most is not that they should know better (they don’t—same reason I just shake my head when celebs get political— they are generally among the least in touch, informed, and intellectual people around… but I digress). And it’s not that they’re basically cementing the fate of children who already had a high probability of being seriously messed-up adults to begin with. No, what really irks me is the piss poor quality of the “unique” names they chose. I mean, what the cripes! (“Cripes,” there’s another name with real potential.)

So it would appear that all this time I’ve been a wellspring of ridiculous baby names, handing them out freely to reasonable, capable, and functional people who have no use for them whatsoever, when there is a lucrative market of procreating famous, rich, and stupid people in dire need of more interesting, inventive, and inspired baby names!

So even though I’m still kind of waiting for word back from the oligarchs on my proposed academic research efforts, I feel like I should jump on this opportunity and leap into the celebrity baby namery business pronto. (“Pronto,” that’s celeb baby name gold right there.) Of course, for the business to take off, I’ll first need to come up with just the right name…

One thought on “Don’t You Dare Name That Baby”